Los Angelenos protest the brutal Memorial Day killing of George Floyd by Minneapolis Police in the Fairfax district of Los Angeles. — Saturday, May 30, 2020

Miyajima Island and bullet train: Hiroshima to Nagasaki — May 28, 2016

Dr. Sebi, herbalist and healer, poses at his office in Los Angeles and speaks at the Los Angeles Convention Center. — May 6 and August 24, 2014.

MMA at the Normandie Casino in Gardena, California — Saturday, June 18, 2011

Community Voices | Literacy for All of Monterey Park (LAMP) poetry reading — Monday, May 3, 2011

Manzanar Pilgrimage — Former prisoners, their families and a diverse group of supporters traveled Saturday, April 24, 2010, to Manzanar, California, the site of the prison camp that held 11,070 Japanese Americans during WWII.

Bell residents demand the ouster of overpaid city officials at a city council meeting held to discuss the situation in the city after The Los Angeles Times broke a story about official corruption. 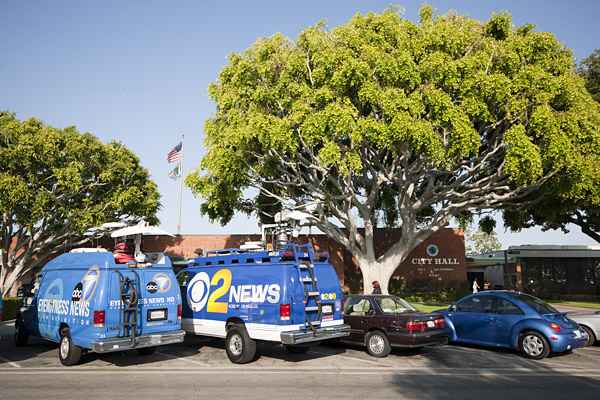 News vans line up outside Bell City Hall, Monday, July 26, 2010, as residents of the working class city in Los Angeles County demand the ouster of city officials whose high salaries were revealed a week earlier by the Los Angeles Times. 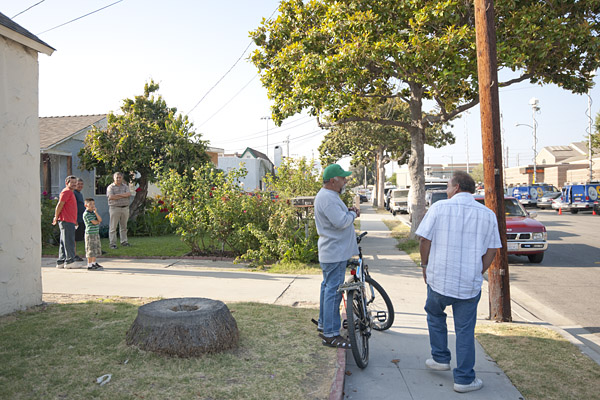 Bell residents living across the street from the civic center survey the commotion from their front yards.

Residents of the predominantly Latino town carry signs urging the firing of the four out of five city council members being paid $96,000 yearly for part-time duties.

Around a thousand people of all ages descend on the Bell civic center to hear the fate of their city councilmen. 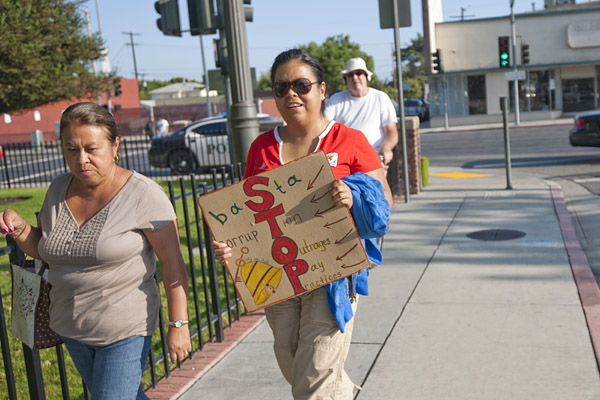 A Bell resident carries a homemade sign with messages in English and Spanish that decry corruption in their city government.

Due to county budget shortfalls, the Bell Library will close Mondays, Fridays and Sundays, today being the first day of the new schedule. 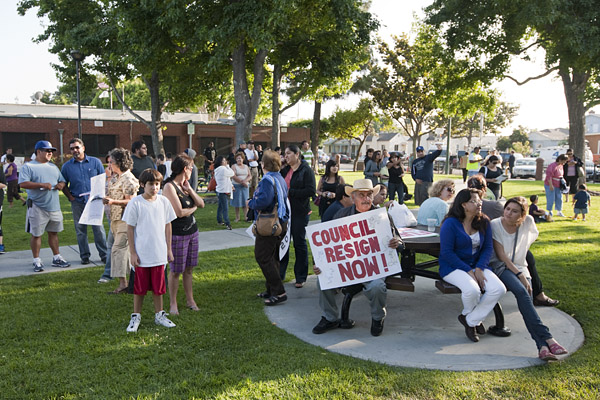 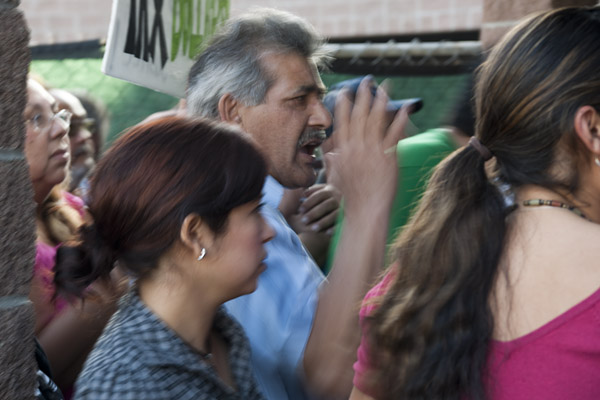 Many residents express frustration after being locked out of the meeting.

A family waves flags to show their patriotism as they wait outside the city council meeting.